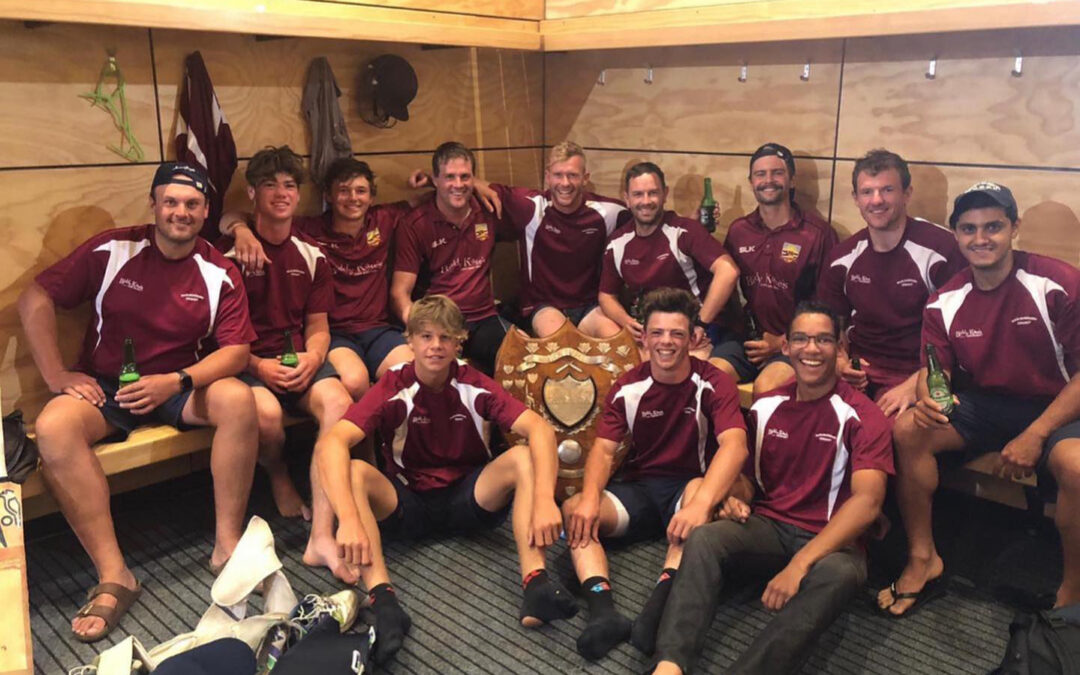 The Marlborough Senior Rep team ended its season on a high with victory over Nelson last Sunday to bring the Newman Shield back to Marlborough. On a good Saxton Oval wicket Nelson made a competitive 240 batting first, Harsh Visavadya top scoring with 76 while the wickets were shared among six Marlborough bowlers. In reply opener Chris Bartholomeusz made 77, Cooper Roberts 34 and Andrew McCaa 80no as Marlborough got home 4 wickets down in the 48th over. Congratulations to youngsters Joel Pannell and Tom Leonard who made their debuts following consistent club performances this summer.

Wairau Valley continued its strong run in the SBS Bank 2nd grade Challenge Cup with a 129 run win over Wairau. Greg Stretch (67) and Tom Leonard (61) were the main run scorers while Tim Petrie took 4-47. Griffin Carter made 34 in Wairau’s reply while Greg Stretch took 4-12 and Chirag Jagota 3-19. Kaikoura were the other winners over Renwick, Steven Crudis top scoring with 54 in their 258 batting first which Renwick never threatened, all out for 129, Kirk Nicholas (52), Bill Parsons 3-18, Steven Crudis 3-4. The result for Celtic Green v Celtic Gold was not available at the time of writing.

Also best wishes to the MBC 1st XI who head to Palmerston North next week for the Central Districts Gillette Cup finals.

A reminder that entries are open for the Churchill Private Hospital Women’s Cricket Festival day on Sunday 21st March. You do not need to have played cricket before and games are played with a softer ball so no need for protective helmets, gloves, etc and all gear is provided. Contact Bailey on development@marlboroughcricket.co.nz  for more information or to confirm your registration. If you are not part of a team you can register as an individual and we will find you a team.

Finally our end of season Senior awards night is on Saturday 20th March starting at 6pm at the Horton Park Pavilion following the completion of the 2nd grade Challenge Cup final.