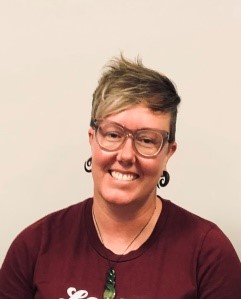 Caroline is team leader at the Wairau Hospital pharmacy. Her pharmacy career included a recent 6 year stint working in Bermuda where she also became the volunteer president of the Bermuda Pharmaceutical Association.

Growing up in Christchurch she enjoyed playing Cricket and Rugby and has been instrumental in growing playing numbers in Marlborough as the head coach of the Marlborough Women’s U18 team since 2018 and Manager of the Central Premier Women’s team.

Caroline is passionate about creating opportunities for females to play Cricket in Marlborough and continuing the development of our Women’s cricket pathway. 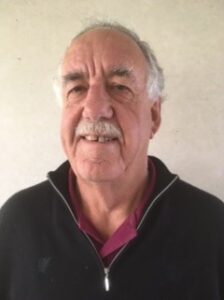 Denis was a Director of Canterbury Cricket for eleven years during an exciting period of growth for the Association. A highlight during this time was the move to what is now a world class home base at Hagley Oval a project he is proud to have been involved with.  Denis is a strong advocate for grassroots cricket as a key element in the structure of cricket.

As a player Denis represented Marlborough, Central Districts and Canterbury before a highly successful coaching career with Canterbury during the 1990s and New Zealand in 2001. He also coached Marlborough from 2007 to 2010.

He is currently Principal of Our Lady of Victories School in Christchurch.

Rebecca is currently working at Marisco Vineyards Ltd as the Health and Safety/Capability Manager. She has previously managed Health & Safety requirements for several large New Zealand companies and has a strong background in policy design and human resources. Originally from Christchurch, Rebecca spent her teenage years as an expat in Asia and has travelled extensively since then. Sport was always the thing that brought the Kiwi’s together overseas and Rebecca now has two young sons who love cricket.

Vaughan is a Chartered Accountant and director at local firm WK Advisors and Accountants Ltd. A born a bred Marlburian, Vaughan returned to the province after completing his Commerce degree at Canterbury University and time travelling and working overseas and now resides here with his wife, Jodi and two children.

He has a long association with cricket in Marlborough as both a player and administrator within the Wairau club, having also represented the Marlborough and Poverty Bay senior mens’ teams. Passionate about youth in sport, Vaughan is an avid supporter of our junior grades.

Greg’s working career has involved over 30 years in the Banking Industry.  Prior to his current role managing the SBS Bank in Blenheim, he held several positions with Westpac including Business Banking Manager.

He is an active senior club player for Wairau Valley and currently President (and Life Member) of the club.  Greg represented Marlborough from 1986 to 2014 playing a record 209 games for the province.   Following retirement from representative playing he is now the team Manager and a member of the selection panel. 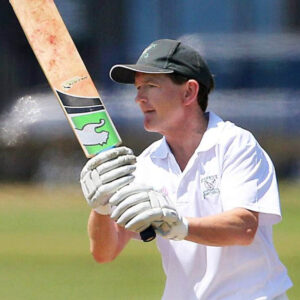 Ed has a longstanding connection with Marlborough Cricket beginning back in 1998 when he spent 3 summers as our Coaching and Development Manager and represented Marlborough on 15 occasions during this time. He returned to Marlborough full time in 2007 and continues to play for the Renwick club as well as carrying out the role of MCA General Manager. Ed is married to Helen and they have two children who both play junior 5th Grade Cricket, Hannah for the Wairau Valley Girls team, Joseph for the Springlands Stags team. Ed likes to get around our junior grades and programmes and keep in touch with players and parents so please hunt him out and have a chat whenever you get the chance!

Eden comes from Christchurch where she played for Sydenham Cricket Club’s Premier Women’s Team since 2015. She represented Canterbury at U15 and U21 level before deciding to focus further on coaching. After finishing high school she studied at University of Canterbury and simultaneously did her Level 1 coaching course. This led her to be one of the coaches for the CJCA winter boys’ academy, and then to take a team in the Metro Junior Magicians tournament for the next 3 years and the Future Magicians tournaments for 2 years. She was also responsible for the running of Superstars cricket at Sydenham Junior Cricket Club, as well as helping the development of the T20 Women’s and Youth Girls’ teams at Sydenham. As a recent graduate she is stoked to begin full time work for Marlborough Cricket Association in an area that she loves!