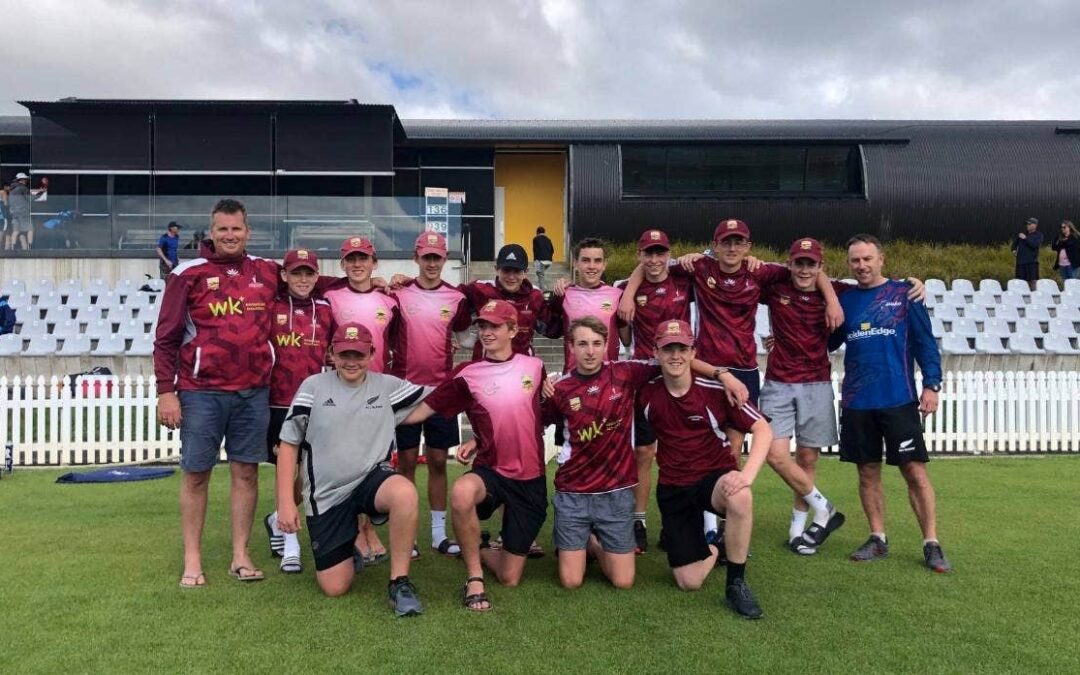 The Marlborough U15 side secured a notable win over Nelson last weekend in a game that also counts as part of the Central Districts U15 tournament taking place in Levin in January. In a closely fought game played at Saxton Oval the Marlborough bowlers held their nerve to secure a tense 7 run victory. Josh Alexander produced an exceptional spell of 2-14 from 9 overs while Baxter Croad and Jethro Moran each had figures of 3-36 from their 9 over spells and Olly Pauling was also economical with 2-24 from his 9 overs. Earlier the Marlborough innings was rescued by Finn Pickens (38) and Jethro Moran (20) who added 41 for the 7th wicket to take the total through to 145 which proved just enough.

The Marlborough Senior rep won their 1st round game over Wanganui at the CD Chapple Cup tournament before losing in the semi-final to Nelson. Tarin Mason was again in good touch with the bat against Wanganui top scoring with 58 while Nick Weaver took 3-45.

In 3rd Grade George Burton made a match winning 31 in Wairau’s 1 wicket win over Celtic for whom Ryan Clarke took 3-8 and Olly Kennedy made 29. In the other game Wairau Valley won by 6 wickets over Renwick with Jethro Moran taking 4-8 and Caleb Speedy top scoring with 37no. Final round games for the 2020 40 over competition are this weekend.

In 2nd grade there was a first win of the season for Celtic Gold in an exciting game against Wairau. Bryce Smith top scored with 37 in Celtic’s 103 all out with Tim Petrie picking up 4-27. In reply Cameron Collins (39) looked like seeing Wairau home but Yaadi Hundal proved the match winner for Celtic taking 4-19 from his 8 overs. Celtic Green were too strong for Renwick in the other game winning by 7 wickets thanks to a superb spell of quick bowling from Jaden Adams (4-17) and a quickfire unbeaten 62 from Joel Logan. Blair Timms top scored with 51 for Renwick.

This weekend sees the two Marlborough Labour Hire teams face off in TPL round 2 action at Horton Park on Saturday after which we look forward to the much anticipated opening event for the United Country & Vineyard Cricket ground on Saturday evening.

A reminder that it is not too late to register if you are keen to play cricket this summer. For more information about any of our cricket playing or coaching programmes please email development@marlboroughcricket.co.nz or call the office on 5779050