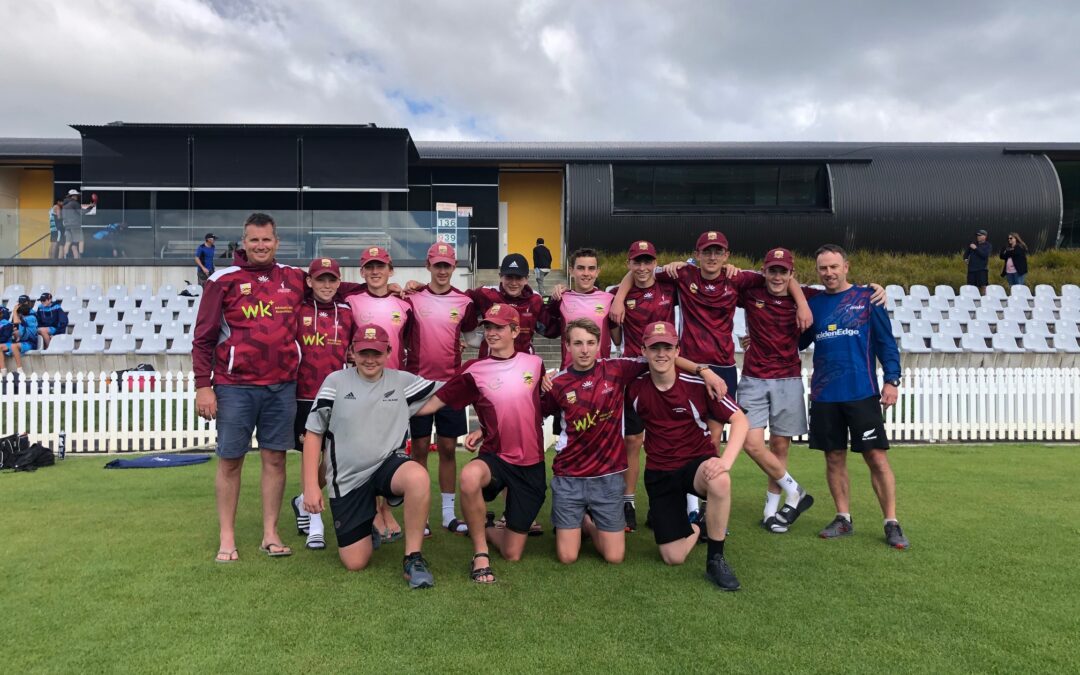 It’s winner takes all this weekend at Horton Park as the Marlborough Senior Rep team take on Nelson in round 3 of the Zone 3 Hawke Cup elimination series. The team that collects most points from the game will move forward to challenge Canterbury Country for the Hawke Cup the following weekend so a huge opportunity for our rep players. Play starts at 10.30am each day so come along to Horton Park over the weekend and support the team when you can.

Our Primary School cricketers performed admirably at the South Island tournament in Rangiora earlier this month. Luke Holdaway finished 4th in the tournament run scoring table with 225 runs while Lachlan MacNeill was in 7th place with 209 runs. The bowling efforts were more spread among the team with all 11 players taking at least one wicket, something coach Phil Gleeson was particularly proud of along with the way the players improved during the week. This week our under 15 cricketers are taking part in the Central Districts tournament in Levin while Indi Payne is part of the Nelson Girls team competing in the Primary school tournament in Christchurch.

In Tasman Premier League action the Marlborough Labour Hire Falcons team look set for a semi-final spot after another convincing win over Wakatu in Nelson (Chris Turkington 50, Ben Ivory McCullum 54, Bailey Andrews-Kennedy 3-26. The Falcons currently occupy 2nd place on 19 points, 6 behind leaders ACOB who comfortably accounted for the Dolphins at Horton Park to put an end to their semi-final hopes. The Falcons final two games are against the teams in 3rd and 4th place – WTTU and Wanderers – as they try to secure home advantage for the semis.

In the SBS Bank Senior grade T20 competition Renwick and Celtic lead the way on 16 points followed by Wairau Valley (12), Wairau (8) and MBC (4) with 3 rounds remaining. Highlight of round 7 was Joseph Timms smashing 71 from 25 balls to help Renwick defeat MBC, his innings including 8 fours and 5 sixes.

The 2nd grade T20 competition remains tight with 3 teams (Renwick, UCVC & Celtic Gold) on 8 points followed by Wairau and Celtic Green on 4 points and two rounds remaining. Harpreet Singh (33) was the match winner for Celtic Gold over Wairau Valley (Greg Stretch 46, Tom Leonard 35), while Ed Murchison (30) top scored for UCVC in their win over Wairau (Tim Petrie 3-4). Liam Young made 53 for Celtic Green but Jacob Zillwood’s 33 helped Renwick to chase down the 130 required with an over to spare. In the 40 over competition Celtic Green beat stablemates Gold with Liam Young leading from the front top scoring with 50 and also taking 4-24. Cam Harris made 67 for Gold. Wairau Valley (Caleb Speedy 4-33) was the other winner in a tight encounter with Wairau (Carter Aitken 55, Baxter Croad 3-30).