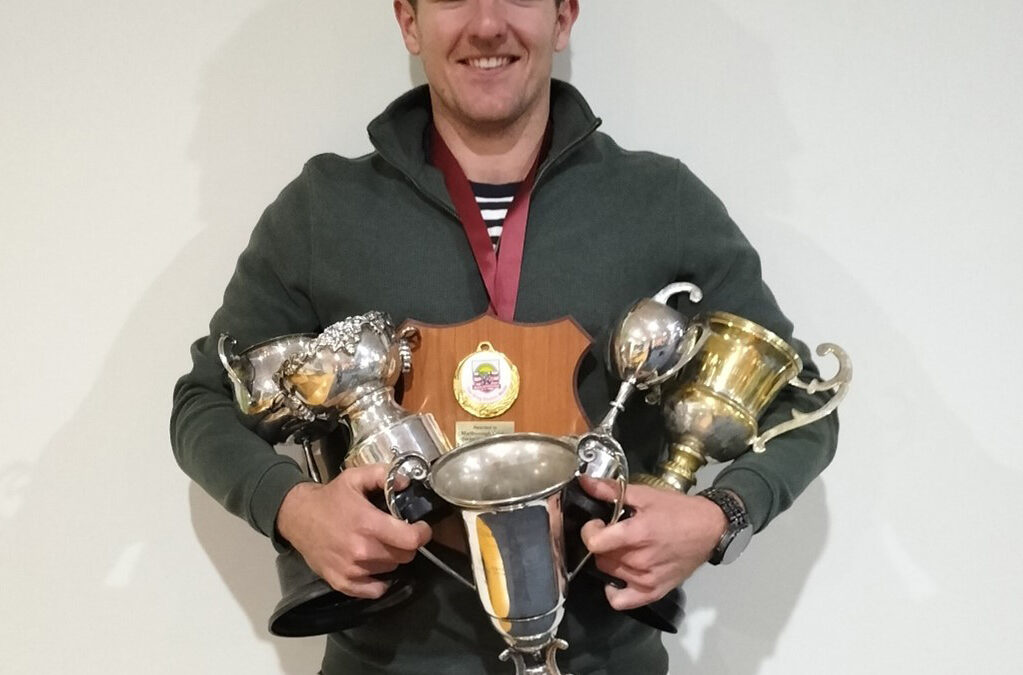 Matthew Stretch was named Marlborough Cricketer of the Year as the 2021-22 season was celebrated at the Annual Awards evening last Wednesday evening. He was also awarded the Queen Carnival Cup for contributions both on and off the field in a season where he topped the Senior Rep batting, the Senior grade Batting and Bowling and scored a magnificent unbeaten match winning century in Marlborough’s one wicket Hawke Cup win over Nelson. Nick Weaver was also a key person in that win taking 6-62 and taking out the Senior Rep bowler of the year award.

Anna Booker was named Women’s Cricketer of the Year as the Marlborough Rep team reformed after a more than 20 year absence with Anna’s half century crucial to their fine end of season win over Nelson. Lisa Gregg was named most improved player.

Renwick captain Kirk Nicholas was awarded the Marlborough Umpires trophy for a player showing good sportsmanship, respect and contribution as a team player. He also collected the Renwick trophy haul for 2nd grade as winners of the 40 over and T20 competitions.

Celtic were awarded the Rudd Shield for the leading club across Senior, 2nd and 3rd grades as they completed a clean sweep of SBS Bank Senior Grade and 3rd grade trophies. Celtic Green’s Liam Young was the CricHQ 2nd grade player of the year.

Girls on the Green from Seddon were the winners of the Women’s Social competition while Just a Few Rosés were named social team of the year.

In Junior awards the Eric Shattock trophy for outstanding Primary School cricketer of the year went to Max Ruffell, while the Morton Cup for Sportsperson of the Year was awarded to Sinclair Hill. Lachlan MacNeill was named U15 player of the year with Jemima Nation the U15 female player of the year. Fionn Heagney won the award for most promising non rep player.

The Rhoades trophy for the 4th Grade team playing their cricket in a fairplay manner went to the Renwick Royals. The Gregor Cup for the best turned out 5th grade team displaying good sportsmanship and performance was awarded to the Springlands Stags.

So another great summer of Cricket was rounded off in style. Special mention was made of all the wonderful coaches who have given their time freely this summer. We look forward to seeing you all out there again on our cricket fields next summer!