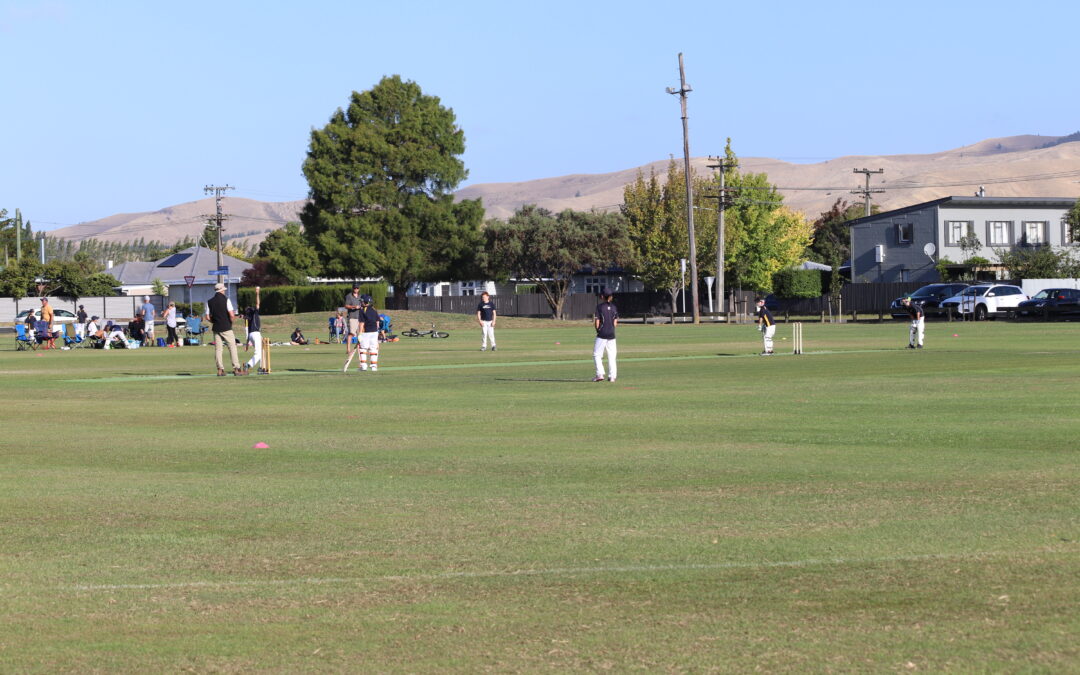 Celtic are this season’s SBS Bank Senior Grade T20 champions following their 28 run victory over Renwick in last Friday evening’s final. Josh Poole was named man of the match top scoring with 56 and sharing a 98 run opening partnership with Tom Sutherland (45) and then taking 3-15 in the Renwick reply (Jacob Zillwood 30no).

Kaikoura began their 2nd grade challenge cup campaign in fine style with a 143 win over Wairau. Harpreet Singh top scored with 53 and Tomas Bolton took 5-18. Renwick were similarly dominant in their 9 wicket win over Celtic Green. Ritz Suthar and Isaac Rawlings-Briggs each took 3 wickets with openers Andrew Marshall (53no) and Andrew Nation (52) knocked the runs off in quick time. In the final game Richard Moran rolled back the years with a superb  109 (including 17 fours and a six from 84 balls) in Wairau Valley’s win over Celtic Gold.

In 3rd grade T20 Olly Kennedy and Aidan Conroy both scored 30 in Celtic’s win over Renwick for whom Jossy Thomas took 3-15 and Nathan Brooke-Taylor top scored with 32. No result had been posted from the Wairau Valley v Wairau game at the time of writing.

The Marlborough Labour Hire Falcons will take on WTTU at Horton Park in this Saturday’s TPL semi-final following a comfortable win over the same opposition last Saturday. Greg Stretch scored 82 in Falcons 238 for 8 while Tarin Mason took 3-21 as WTTU fell well short. The Dolphins finished their season on a high with a 100 run win over Stoke Nayland. Tom Leonard (79) and Josh Poole (93) starred in Dolphins 235 batting first before Joel Pannell, Griffin Carter and Paddy Dawkins each took two wickets and Josh Poole 3-8 in the Stoke reply.

ACOB meet Wanderers in the other semi-final and will host the final at Saxton Oval this Sunday should they win through. If not and if the Falcons win their semi-final then the final will be at Horton Park starting at 11.30am.

A reminder that our Women’s social cricket competition is each Wednesday from 6pm to 7pm and we will be running some skills sessions for the 30 minutes beforehand for those who can make it.

A reminder also that you can register for our Yeah! Girls programmes taking place at Bohally, Renwick and MGC – contact Bailey on development@marlboroughcricket.co.nz